Question 2
Which indicator refers to the total quantity of goods and services produced by an economic system during a given period?
The business cycle
Aggregate output
Gross domestic product
The consumer price index
Gross national product

Question 3
What is the term for the physical and intellectual contributions of people while engaged in the production of goods and services?
Human resources
Working capital
Physical resources
Planned resources
Market resources

Question 4
Which of the following is the MOST likely pricing approach for a monopoly?
Charge customers whatever you please.
Give customers a real bargain on price.
Charge a price that will not cause consumer demand to drop.
Undercut the prices of the competition.
Give customers a fair price that cannot be matched by competitors.

Question 5
What takes place when buyers purchase more of a product when the price drops, and less when the price increases?
Demand
Laws of supply
Laws of demand
Degree of competition
Free market economy

Question 6
In which type of economy do the individual producer and consumer control production through supply and demand?
Planned
Communist
Market
Socialist
Mixed

Planned economies promote the use of privatization to increase market share.

Question 11
Which of the following is a way to tell how an organization is doing in meeting its social responsibility goals?
Governmental mandate
Executive summary
Social audit
Government initiative
Financial report

Question 13
How have companies such as Tyvek, General Motors, and DuPont worked to lessen the impact of waste on the environment?
By achieving LEEDS certification
By achieving zero-landfill status
By agreeing to recycle more than 50 percent of total waste
By eliminating the use of phosphates
By repurposing products and systems

Question 14
What is the most common and direct way to provide direct financial support when taking a proactive stance to social responsibility?
Set up a foundation
Reduce prices
Make a donation with each purchase
Use the Internet to solicit donations
Follow all laws set forth by the government

Question 15
What is the practice of injecting water and chemicals into underground rock in order to break the rock apart called?
Recycling
Toxic waste elimination
Fracking
Zero-landfill support
Repurposing

Question 20
What is the term given to the groups, individuals, and organizations that are directly affected by the practices of an organization?
Primary agents of interest
Social auditors
Competitors
Organizational stakeholders
Local communities

Click the purchase button to get all answers at $5

NB: When you make the purchase of the answer for an assignment, the website opens the file on your screen and you can download it right away. If you make a purchase and you cannot access and download the file with the answers, reach out to us at the live chat or send an email to premieredtutorials@gmail.com for prompt assistance from our customer service agent.

If you need a uniquely answered paper for your assignments, Premiered Tutorials, the best essay writing website in the market can assist you. Our homework help services include pay someone to write my essay, history homework help, take my online class for me, answers for your homework, math homework answers, essay writing help online, college homework help, nursing homework assignment help online among others. We have competent homework doers that offer quality homework services to all our high school, undergraduate, masters or PhD. level clients. Premiered Tutorials thoroughly vets all its online homework helpers to ensure we have the best team to handle all your homework needs. All papers we handle are written from scratch and we also ensure that they are free from plagiarism as well as proofread and edited to meet your professor’s assignment instructions. Reach out to us today for an original or unique paper and let us help you raise your grades effortlessly.

and many more subjects

Paper written from scratch and by professional academic writers 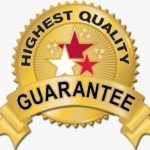 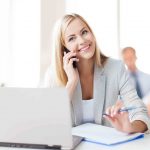